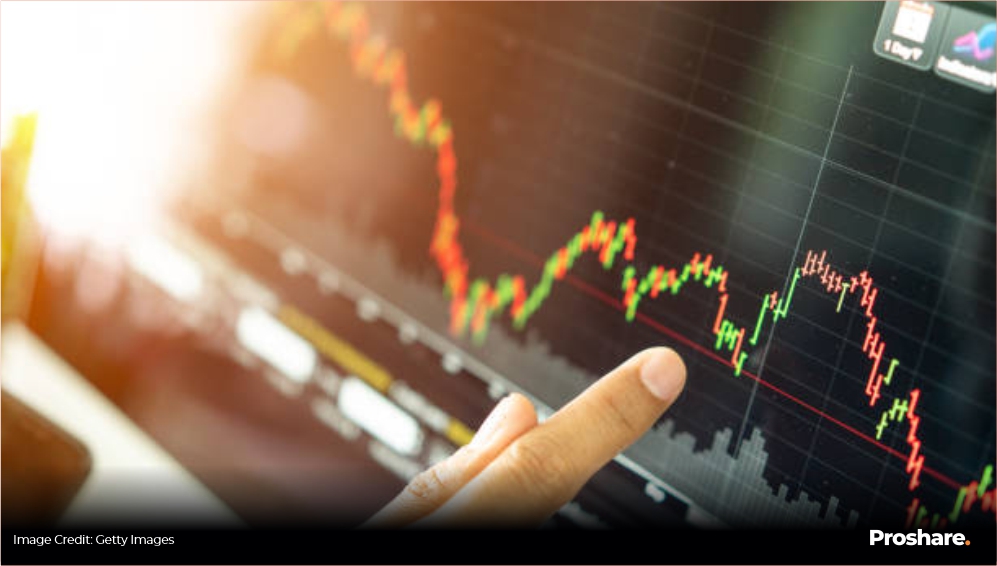 A Modest Rise in PFAs Allocation to Fixed Income; Asset Under Management Increased by 12% YoY to N14.4trn in July 2022

The latest monthly data from the National Pension Commission (PenCom) shows that assets under management (AUM) of the regulated pension industry increased by 0.6% m/m and 12% y/y to c.NGN14.4trn. On a m/m basis, the increase was primarily driven by FGN bonds whose value increased by c.NGN393bn to NGN8.7trn (+5% m/m) and resulted in a +235bps increase in its share of total AUM to 60.6%.

The rise in PFAs' exposure to FGN bonds is largely reflective of higher security yields. Notably, FGN bond yields have drifted higher over the past few months due to tight liquidity conditions in the market (which has eased up lately), and an increased supply of FGN paper on the primary market.

The value of PFA’s AUM invested in domestic equities fell by -6% m/m to NGN0.92trn. This is partly attributable to the -2.9% m/m decline on the NGX.

The effect of the elevated interest rate environment was also visible in pension funds allocation to corporate debt which increased by c.NGN182bn m/m to almost NGN1.4trn, taking its share of AUM to 9.6% from 8.3% in June.

The highest gain in absolute terms was seen in the RSA Fund III, which increased by almost NGN43bn in comparison to the previous month.

Going forward, we continue to anticipate risk-off sentiments for equities as the 2023 general elections approaches. Elevated yields in the fixed income market may prompt a rotation of assets out of equities into fixed income. 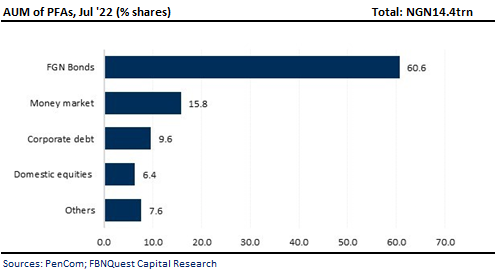 A Fluid Landscape for the PFAs

Allocation Quandary for the PFAs